While we may pursue an acquisition opportunity in any industry or sector, we intend to focus on businesses in the health, nutrition, fitness, wellness and beauty sectors and the products, devices, applications and technology driving growth within these verticals. Our management team and board of directors have extensive knowledge and relationships within these markets, and we intend to capitalize on our ability to identify and acquire businesses that stand to benefit from our unique operational and strategic expertise.

We have more than 150 years of business experience in the health, wellness, beauty, finance, entrepreneurship and M&A spaces, including more than 70 years in wellness and beauty alone. We will have an international focus and believe that our creative, operational and board experience will be a major attraction to a company with international ambitions. We have extensive relationships within this sector built over many years which we believe will enable us to compile a list of potential candidates to merge with.

Our interest is in a business combination with companies and founders that are looking at the next stage and are attracted to a public listing. We believe our track records as founders and managers of successful business and the ability to tap on our resources and grow the business to the next level will make a compelling case for joining our team. 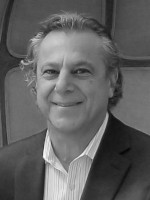 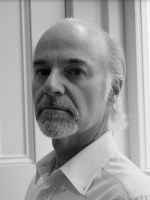 Steven Schapera, our director since inception and our Chief Executive Officer since August 3, 2021, has more than 25 years of international experience in finding, scaling, operating and exiting successful businesses in the health, beauty and wellness industries. Mr. Schapera has been an operating partner with Capital D, Management LLP, a private equity firm, focused on investing in disruptive mid-market businesses, since January 2018. Mr. Schapera served on the board of directors of Invincible Brands GmbH, a consumer branding company focusing on health, beauty and fitness products, since January 2018. Since September 2019, Mr. Schapera has served as Chairman of Crowd Media Holdings Ltd. (ASX:CM8), and since May 2021 he also has served as Chairman of SIMRIS Inc. (SIMRIS-B.ST), a biotech company devoted to sustainable development and production of products and ingredients from farmed microalgae. Mr. Schapera has also served on the board of directors of Wild Nutrition Limited since May 2017 and Wellfully Ltd since August 2017. Mr. Schapera was the co-founder of the BECCA Cosmetics group in 2001, and initiated and managed the partial sale of BECCA to Luxury Brand Partners in 2012, which in turn led to the subsequent sale of BECCA to Estée Lauder in 2016. We believe he is well qualified to serve on our board of directors due to his extensive experience in founding, scaling, operating and exiting successful brand-oriented businesses in the health, beauty and wellness space. 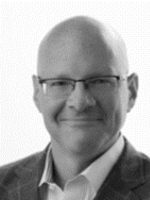 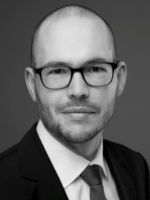 Robert Quandt, our Chief Operating Officer since August 3, 2021 and one of our directors, has significant experience in business operations, finance and strategy. Mr. Quant has served as a Managing Director of JCL Investments, a Berlin-based private investment firm focusing on start-up companies, since August 2019. Mr. Quant has served on the board of directors of listed company SIMRIS Inc. since May 2021. Mr. Quant served as Chief Financial Officer and Chief Operating Officer for Invincible Brand from March 2017 to July 2019. From September 2019 to June 2021, Mr. Quant served as consultant and director of listed company Crowd Media Holdings Ltd. From January 2005 to August 2014, Mr. Quant served as a strategy consultant and Principal at Booz & Company. From August 2015 to February 2017, Mr. Quant served as the strategy lead at Linde AG for their North America and South America businesses. Mr. Quant earned a Master degree in Industrial Management of Technical University from Berlin. We believe he is well qualified to serve on our board of directors due to his extensive experience in finance and operations. 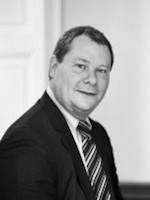 Scott Powell, one of our directors, has served as Head of Investor Relations for VolitionRx Limited (NYSE American: VNRX), a company focused on developing blood-based diagnostic tests for detecting and diagnosing cancer and other diseases, since May 2014 and as Chief Financial Officer of Volition America, Inc. since February 2017. Since January 2019, he has served as the President and Chief Executive Officer of Skyline Corporate Communications Group, LLC, an investor relations and corporate communications agency. From December 2009 to February 2013, he served as a Managing Director for MZ Group, an independent investor relations agency, and from July 2014 to May 2015, he served as the U.S. investor relations representative for Himax Technologies, Inc. (NASDAQ: HIMX), and Director of Investor Relations for China Hydroelectric Corporation (formerly NYSE: CHC) from March 2013 to July 2014. From August 2009 and December 2009, he was an investment banker with Brean Capital, LLC, and from October 2006 to August 2008, he was an investment banker with Westminster Securities in New York City. Mr. Powell was formerly an Adjunct Assistant Professor at Fordham University’s Gabelli Graduate School of Business from September 2013 to December 2017. Mr. Powell earned a Certificate in General Business from Columbia University, a Ph.D. and a Master of Arts from Brown University and a Bachelor of Science in Business Administration from Bryant University. We believe he is well qualified to serve on our board of directors due to his extensive experience in capital markets, finance, corporate communications, and investor relations. 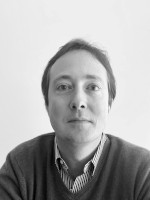 Gael Forterre, one of our directors, has served as the Chief Commercial Officer of VolitionRx Limited since January 2021 and he has been a managing partner of Armori Capital Management LLC since October 2013. Mr. Forterre served as a director of Path Education Inc., an education technology company which consummated a business combination with Path Group Inc., an Australian blank-check company in May 2021. Mr. Forterre also served as Path’s Chief Financial Officer from January 2018 to December 2018, and as Path’s Chief Executive Officer from January 2019 to December 2020. Mr. Forterre is the co-founder of Article22, a design-focused social enterprise, and also served on its board of directors from July 2013 to June 2021. Mr. Forterre started his career in February 2004 as a hedge fund analyst for an event-driven fund managed by Systeia Capital Management and then joined Alteram Asset Management in March 2005. In September 2005, Mr. Forterre joined the commodity derivative team at BNP Paribas in their New York office. Mr. Forterre earned a Master’s Degree in finance from Sorbonne Paris I and a double M.B.A from Columbia Business School and the London Business School. Mr. Forterre is the brother of Hadrien Forterre, one of our directors. We believe he is well qualified to serve on our board of directors due to his extensive experience in investing in and supporting fast growing companies. 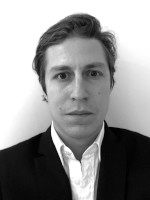 Hadrien Forterre, one of our directors, has served as the General Counsel and Vice President of Strategic Projects at Path Group Inc. since September 2020. Mr. Forterre was formerly an associate at Arendt & Medernach SA in Luxembourg from August 2012 and August 2014 and at Herbert Smith Freehills LLP in London from August 2014 and January 2018, where he advised clients on a range of transactions, including fund formation, initial public offerings, mergers and acquisitions and related financings. Mr. Forterre served as legal and business advisor to Wellfully Ltd from September 2018 to December 2019. Mr. Forterre earned Master of Laws from University Paris Nanterre, an L.L.M. from Duke University and an M.B.A from Columbia University. Mr. Forterre is the brother of Gael Forterre, one of our directors. We believe he is well qualified to serve on our board of directors due to his extensive experience in corporate transactions (including initial public offerings and mergers and acquisitions), and investor relations.

This website uses cookies to improve your experience while you navigate through the website. Out of these, the cookies that are categorized as necessary are stored on your browser as they are essential for the working of basic functionalities of the website. We also use third-party cookies that help us analyze and understand how you use this website. These cookies will be stored in your browser only with your consent. You also have the option to opt-out of these cookies. But opting out of some of these cookies may affect your browsing experience.
Necessary Always Enabled
Necessary cookies are absolutely essential for the website to function properly. These cookies ensure basic functionalities and security features of the website, anonymously.
Functional
Functional cookies help to perform certain functionalities like sharing the content of the website on social media platforms, collect feedbacks, and other third-party features.
Performance
Performance cookies are used to understand and analyze the key performance indexes of the website which helps in delivering a better user experience for the visitors.
Analytics
Analytical cookies are used to understand how visitors interact with the website. These cookies help provide information on metrics the number of visitors, bounce rate, traffic source, etc.
Advertisement
Advertisement cookies are used to provide visitors with relevant ads and marketing campaigns. These cookies track visitors across websites and collect information to provide customized ads.
Others
Other uncategorized cookies are those that are being analyzed and have not been classified into a category as yet.
SAVE & ACCEPT